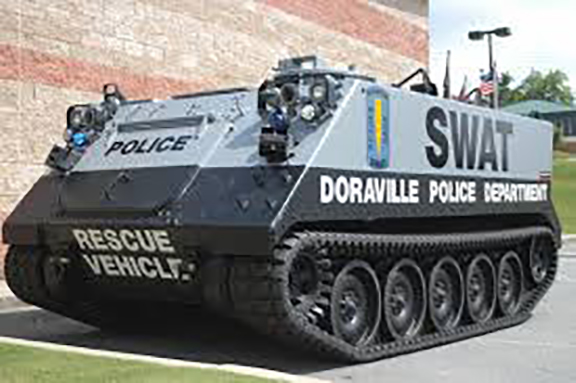 Saw a video on FB today, filmed on a cell phone by a witness at the scene. The footage he took, as you can see, was of the cautionary and sort of negative treatment of a black man in a wheel chair, at a bus stop. Watch the video here:

What struck me, was what happened that led up to the incident, who called the police, what did they tell the police? As you watch the video, you can hear the cell phone dude explaining to the viewer, that he was a witness, and that the dude in the wheel chair was completely innocent.

This started me to thinking, what if you are in a situation where you are just innocently waiting for a bus, in your wheelchair. A dude on a bike hits you accidentally or on purpose, words are exchanged between yourself and the dude on a bicycle, who eventually rides off.

“Homicide by Cop” is when you call 911 and say, “Hey, there’s a black man in a wheel chair here at the bus stop at 53rd & Vine that has been erratically threatening people with a pistol”, Dispatch: “You say the person in question has a firearm?

Can you identify the type of weapon? What is he doing right now?”, the caller says, “I’m not sure, cause I’m personally not a gun enthusiast, but I think it’s a .45 semi-automatic. He’s just sitting there in his wheelchair, waving his gun and yelling at everybody. Earlier, he had shot once into the air”.

Think about this scenario for a second. Instead of the police showing up the way they did, in this fiction scenario, they arrive at the scene and are prepared physically, mentally and emotionally to shoot to kill, if they must.

Imagine if the poor dude in his wheelchair started pulling a cellphone out of his jacket pocket. HE WOULD BE DEAD BY NOW. The cops excuse for killing an unarmed black man in a wheelchair? “I thought he was pulling his weapon out of his pocket, so my gut instinct took over, and I shot him”. Newsperson: “Twelve times? You had to shoot him 12 times?”. Cop: “I was in fear of my life, and the lives of all the bystanders”.

If you know someone who might deserve a “Homicide by Cop”, like some dude that raped a six year old girl from the neighborhood, and was sentenced to probation. Dial 911 and describe what and where this asshole is, what he’s wearing, etcetera’s, but add to the story……….that he has been walking up and down the street, shooting off some kind of semi-automatic weapon, like an AK-47 or something.

Imagine the conversation with dispatch, “You say he’s in his house right now? Okay, we are on our way to you right now”. Of course, YOU are NOT there when the police arrive in full combat gear, and you used one of those throw away, untraceable cell phones. You just go home and turn on the local news to see what unfolds.

Now, the real dude in the video, the unarmed (and innocent) black man in the wheelchair was probably uncuffed at some point and not arrested.

What if the 911 caller was some racially motivated right-wing asshole, who had told the police that there was a gun involved? Do you actually think the black dude in a wheelchair would still be alive right now? 50/50? I think the odds are more like 75/25 that he would be killed.

If you are a well-trained dispatch person, you listen to a person claiming that there is a bomb at the civic auditorium, set to explode in one hour, you send out the message, the authorities evacuate the building and the area.

If you were a well-trained dispatch person, and a caller was describing a scenario like described above, odds are 97/3 that they are going to believe you and send in the SWAT Team. “Homicide by Cop”, hmmmmmmm. Let’s see, who do I know that………..