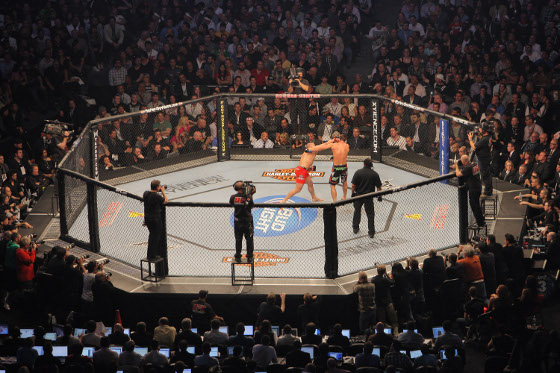 Forward: Just felt like saying this. I think FB is going to go down in history as one of the greatest inventions in our history. For myself, I love FB in SPITE of the fact that FB has punished me many times for doing some things that were supposedly against the “Rules”. The longest ban for me on posting stuff was a whole week.

That was very painful, but not reasonable in my view. Could it be that YOUR punishment is meted out by a fucking computer algorithm? YES! The FB help center is ALSO mostly digital instead of human. In spite of all that, I really believe that FB WILL draw people together, from all walks of life, from all cultures and across all societal and political differences.

It will take time, but as a tool for peaceful communication and expression of ideas, it WILL go down in history as one of the primary reasons we evolve to a peaceful loving planet, with no wars, no violence towards each other, well, that is until the invasion of our planet by the Gragosians from Planet……..Wait for it…….GRAGOSIA! Hahahahaha!

So, as you can see, I am a writer. My blog, tcsblog.net, has almost 75,000 hits from 20 different countries around the globe since I started writing in January 2016. I use FB for publishing my writing. I hardly ever use it to actually carry on a conversation (texting) with anyone. There are a few people that I do enjoy hearing from, so don’t stop instant messaging me on FB,  or texting to my cell.

Some people use their actual posts to communicate to their loved ones, as well as to the people they may not care for. If it were me, I just wouldn’t friend some neighbor that I argue with all the time……..or then, maybe the FB bitching and fighting really IS better than telling that person to FUCK OFF, in person.

So, what I am saying here, is use FB in any way you want to, as long as that method of communication doesn’t violate the other person physically. You have a choice, keep her as a friend so you can call her a CUNT on FB, or unfriend her, and tell her in person.

The really interesting thing is that I have come to understand that WHATEVER and HOWEVER you are using FB, it’s okay, don’t let other people disparage what you say on FB. I have said before, I draw the line at shit from Pedophiles, Perverts, and Crazies, and ANY postings of racial hatred, bigotry, and physical harm to anyone by anyone.

If you DO violate an individual’s human rights, or you are stupid enough to publish your sick shit (whatever it is), I hope karma, AND the law will catch up with you.

Some people are obviously entities like the NEWS, commercial endeavors trying to sell you Chinese-made Rayban sunglasses. Every type of organization that you can think of has a FB page. Churches, Terrorist organizations, NASCAR Fans.

When you actually sit back and really see the whole picture, FB is the greatest communication tool ever invented (yes, in spite of being spanked by them several times). We ALL have our own reason for signing up, and using FB.

You don’t see any Judo moves in MMA. You do see a lot of OTHER mixed-martial arts, like boxing, kicking, wrestling, Mai Tai, or koombyya, more boxing, more kicking…….But no old fashioned JUDO, you know, the grab the other dude’s arm and throw him over your shoulder to the ground……and then karate-chop him in the throat.

Quite often, when the dudes or dudettes are on the ground, it’s not really wrestling, it’s more like Jujitsu, putting the other persons ass in such a painfully embarrassing position, that he pats YOU on the ass as a gesture of saying, “I give”. You would think that if the other person is taking a wild swing at your jaw, that a Judo dude could simply grab that opponents arm and JUDO throw him to the mat.

Just as I am doing tonight, I encourage you to write, to express yourself, and to communicate with one another. Eventually, hatred will turn into love. Use FB to tell your brother-in-law he’s a “Bicycle”  (short for dick, with a big happy face). Tell that person that you are NOT FB friends with, that you are not planning to friend her, ever, as in never, but tell her in a polite way, say, “Well, it looks like you’re not a “MOON CRATER”, with a big happy smile on your face.

In other words, if you tell them with a smile on their face, they WILL walk away scratching their head, and forever will NOT figure out that you just called them the “A” word equivalent of a really tight anus. The last time a saying like that went viral, was London in the mid 1800’s when, if you knew how to fluently speak French, and the person you were conversing with did not, you would, with a smile, say,

“On t’a bercé trop près du mur? – (As a child, was your cradle rocked too close to the wall?)

Anyway, back then, the phrase, “Pardon my French” was born. It was said right after a bit of negative shit said in French. The person who you were speaking to obviously shakes his or her head in agreement, because you are still smiling, you know he does NOT speak French, as you call him a dumb fuck.

Now THAT’S pretty funny, and it only works if you speak French. It doesn’t work if you say, “Scuse my Russian”, or “Excusi mi Italian”, well, maybe if you were speaking in Italian, and slipped in a little something else, like English, or Chinese or……… “Entschuldigen Sie mein Deutsch”.

So if someone is acting like, or being a DICK to you, simply say, “Get off your bicycle, dude”, but say it with a smile, and then laugh. Hahahahaha!

If someone you are having some verbal interaction with, either on FB, while Skyping, or in person, is really in YOUR mind, a big ASSHOLE, tell them, don’t forget, smiling, “Gee, Billy Bob, I guess you really are NOT a………….Wait for it……….MOON CRATER! smile smile, laugh laugh laugh. That dude will ponder that for the rest of his life, or at least until it goes viral and he figures it out.

Anyway, back to my original thoughts tonight on MMA, Judo, and FACEBOOK. Tonight I have been watching Saturday night UFC prelims from Melbourne, Australia on Fox Sports One on my television set via my Direct TV satellite feed. Imagine if you will, someday, FB will be able to, via your “Internet” connection, stream that same shit to your TV, wirelessly, AND then ask you to transfer $95 (or whatever the going rate is) to FB via PAY FB when the Main Event is about to be aired. hahahahaha.

Think about it FB. What else can you possibly do? Purchase NBC, CBS, ABC & Fox, and continue the feed of television shows through…….Wait for it……..FACEBOOK!

NOW FOR A LITTLE COMMERCIAL. If you enjoyed this, please go to my other website, http://www.futuristpartyofamerica.org/?page_id=127

and LIKE it if you like it, and SHARE it if you care to. Thanks, I appreciate it. Oh and if you happen to be a Literary Agent, and you think my writing just might be worth something, please send me a message, or respond to this post on FB.

FINGERS ARE TOO FAT, OR YOUR EYESIGHT HAS GONE KAPUT

Fingers are too fatttttt, to type on this teeny tiny fucking keyboard on my Samsung Galaxy 7 Cell Phone, (I need a catchy tune folks…..)

Then you bring out this cell phone that’s the size of a small laptop…..”Hello, Mom? Ya, I’m doing great! I have to show you my new “Lap Phone”, it has a pretty large screen and keyboard, so you, with your shitty eyesight could use this too!

I really don’t consider myself to be a professional writer (right now), because no one is PAYING ME to write this stuff, however, I have had many people tell me how much they enjoy “some” of it.

I really am not, and will NEVER knowingly, solicit donations in some form by directing them to my Pay Pal buttons on futuristpartyofamerica.org, I WILL ask, if you have any leftover DARK MEAT, and would like to send me some, let me know.