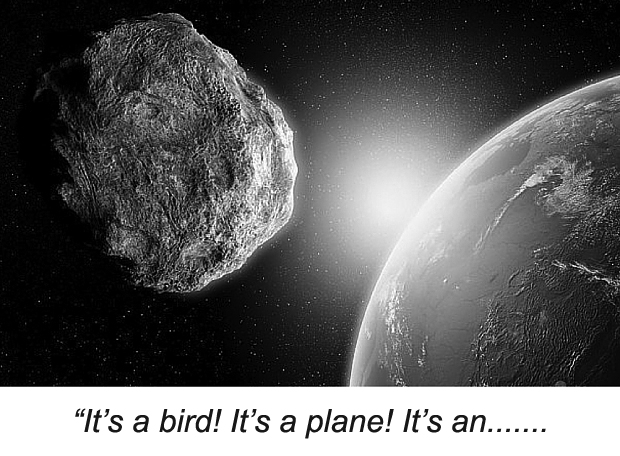 Rising from the ashes, not Trump, not Bernie. Clinton had to drop out of the race because of the email scandal. The asteroid that hit the earth on November 7th, 2016, (the day before the presidential election), wiped out most of the northeast coast of the United States. The rock the size of Manhattan hit Boston with such force, it moved  the earth off it’s axis. The new North Pole is somewhere in Iceland. At least it’s not in Phoenix.

Bernie was on his way back to his home in Vermont from Oregon, when he and the rest of the folks on his plane saw the bright flash in the eastern skies.  The pilot did a 180 and left the bright flash in his rear view mirror. If they survived or not is part of another chapter. 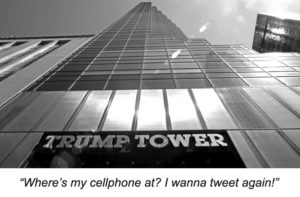 The Donald along with close friends and family were in New York City the night the big rock hit. Bill and Hillary were with the Trumps having dinner.  They never knew what hit them.

Forty-five million people were vaporized immediately, with another one point six billion people worldwide dying in the initial shockwave, and the aftermath of the incident over three long unbearable months. Ice caps melted quickly, raising the sea levels by thirty feet. What was left of the northeast portion of the United States was now ocean. The initial shock wave reached as far as California, British Columbia, and Central America.

The impact triggered earthquake activity all over the world. The tsunami that hit Europe and the northern portion of the western coast of Africa was three hundred feet high. No part of the earth escaped the effects of the asteroid hit. The skies were darkened and dusk-like for two years. The risen seas began to freeze and the global average temperatures eventually dropped to 48 degrees Fahrenheit. The least effected geographic areas of the globe were Asia and Australia.

The survivors, wherever they popped up, found that they were now without any means of communication with the rest of the lucky ones. Your cell phone was useless in the mountains of Switzerland and Colorado. No longer were there reporters describing the news of the day or any other news, wither it was the BBC in London, CNN from Atlanta, or your local station in San Antonio. However, survivors with short-wave radio sets were able to contact others and share their horror.

End-time “Preppers” in remote areas that survived, began to communicate with each other. If you happened to live in an area of the United States that survived  most of the disaster and it’s aftermath, you had no idea what actually happened. 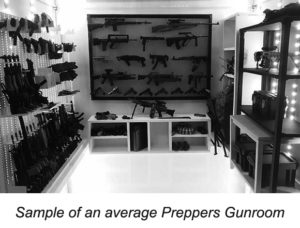 “Billy-Bob said it was the Russians. They nuked us, those rotten bastards!”. “Brother, how’s your food and ammo holding out?”. Yes,  a vast majority of mankind heard the news pundits discuss the approaching rock,  along with the experts that claimed that the asteroid, by their calculations, was going to miss our planet by 12 million miles. The experts were wrong. “Hey Billy Bob? Maybe it was that asteroid thingy that they were talking about?”.

By the time the scientists (astronomers) figured that their calculations were off a few percentage points, it was too late.  Most of the smart ones walked out of their observatories and sat on the grass, (or maybe smoked some as well), and waited for it. How glorious they must of felt to witness their first asteroid impact. If you happen to be in Manhattan, when the sky started getting darker you had 30 seconds to look up before the impact. Enough time to say to yourself, “Those asshole scientists were wrong!”

At any rate, there certainly were competing theories to talk about around the campfire if you were a survivor, including an Alien invasion from outer space. Government in the United States  and Canada is nonexistent,  as well as in most of Europe, northwestern Africa, and the northeastern part of South America.

There is so much destruction worldwide in the aftermath, most surviving governments are  limited to the process of helping their own peoples. Religious groups are 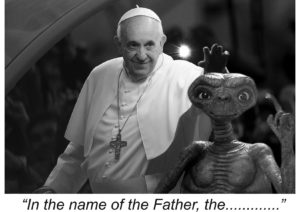 claiming different things, like the “Second Coming”. The Vatican survived, but even the Pope was having thoughts of extraterrestrial invasion.

Wars and similar conflicts are over. International terrorism is nonexistent. People killing other people for food and water? Yes. Ungoverned Anarchy? Yes. Are you happy that you live in Alaska instead of Los Angeles? Yes. Do we as a species survive and prevail? Yes. After all the aid that the world had received over the years from the United States, countries that somewhat survived begin to send aid to what’s left of the western hemisphere.

Pockets of survivors eventually form rudimentary local governments.  The dudes with the most guns and bullets become our re-founding fathers. 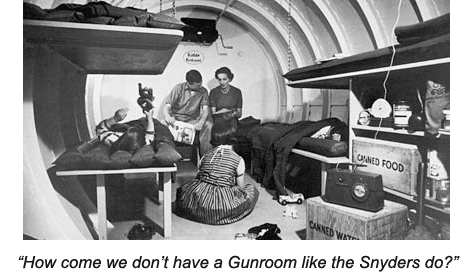 Life itself becomes more precious than ever. Here in “America”, the new symbol, new flag is a single white star on a black background.

What’s left of regional and international travel by air and other means is severely limited to those parts of the world that suffered the least damage.  People from these parts of the globe are at first hesitant to travel to the most damaged parts of the earth mostly out of fear,  and lack of information.

Eventually it’s a plane full of explorers and aid from South Korea that fly over the wasteland that once was Southern California and lands in Arizona. Although decimated by earthquakes and fires, they manage to find a place to land on the outskirts of what once was Phoenix. 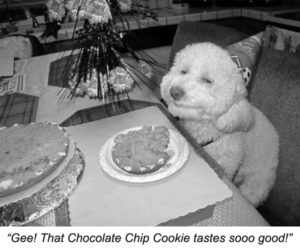 About two hours after publishing this post I decided to have a few puffs on my vape (first time after writing the above post), this wonderful John Denver song came to me, or maybe it was the background music for a commercial on TV?