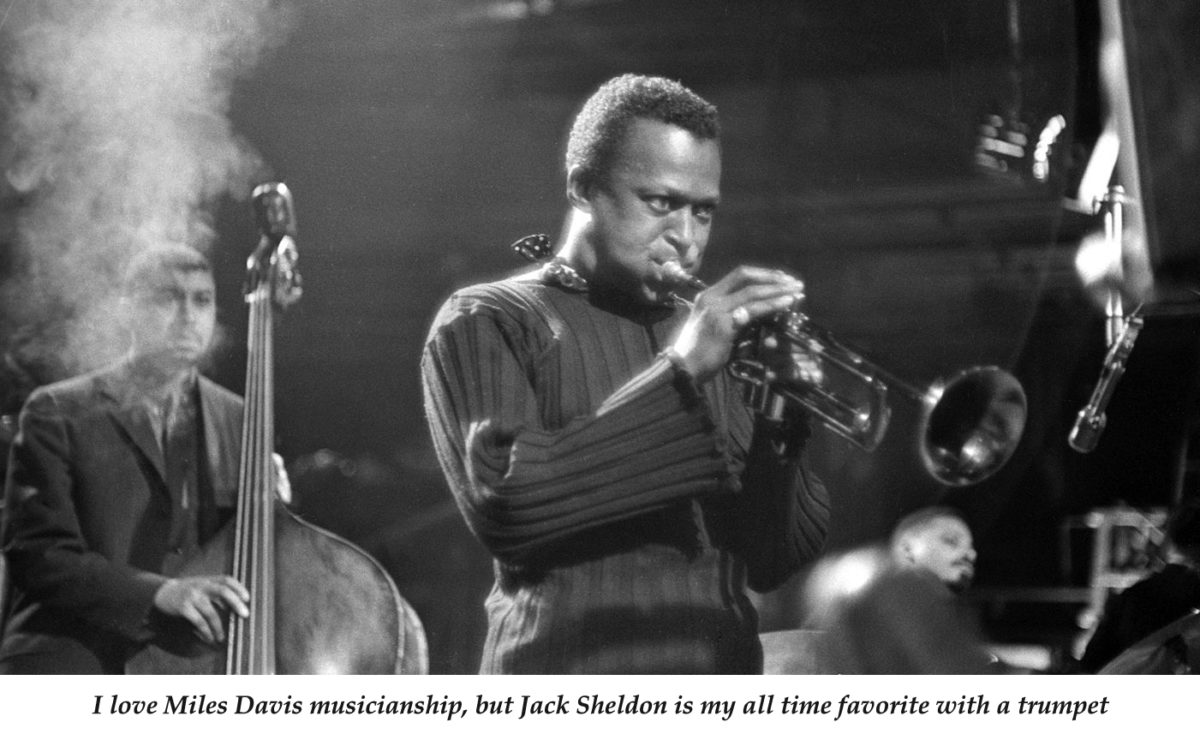 If it’s not true, it’s fiction We all remember the televangelist who was caught with a hooker in a motel room. 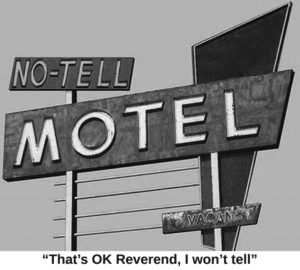 The priests that molest little boys. How about the Pedophile Preachers? The Hindu Swami that screws ten year old girls. How about the ”Closet Gay” pastors that sermonized against homosexuality. Let me share a few of my own  experiences including the first that I had with a supposedly very holy “Church Elder”.

No I wasn’t molested, maybe my faith was. This particular dude was the “Eldest of All Elders”, a rich and powerful man in his community and in our church. I was a young man in my early twenties. The story is short, and not fiction. The man was about as dishonest and hypocritical as they come. He owned a business, where I worked as a driver and shelf duster. I found out that he was directly involved in the purchase and resale of stolen property.

Black & Decker power hand tools from Japan that had been taken from cargo containers in the Port of Los Angeles. Without getting into the details of who and how, I’ll just say that as a whistle blower, I was fired from his company for calling the cops, 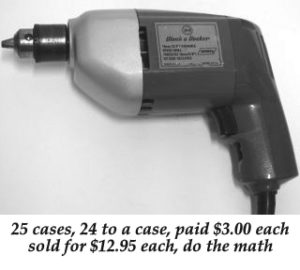 and ostracized in church. Church members that I thought were friends, were instructed not to communicate with me any more.  Not one person believed me, and I was not allowed on the church property after that. Oh yeah, and the police didn’t believe me either.

The most striking thing about this experience is what he smugly said to me when I confronted him. “So I’m a crook. I also really don’t care what you say, because nobody will believe you anyway”. He was right. No one believed me. This dude went on say a few other things that proved what a hypocritical asshole he really was and still is. Like telling me that he really didn’t believe, in his words, “all this religious shit” and that he was the most powerful man in the church so no one will believe me, as he said, “You’re nothing. You’re a nobody. No one will take your word against mine”.

That’s when I decided to move to Nashville. I ran into the prick many years later when I moved back to Los Angeles. I could have said something to him. I probably should have said something. The two times I ran into him I still felt a little intimidated, and I knew it would be useless to try to expose him again. If you know that he’s still alive, give him the link to this post. 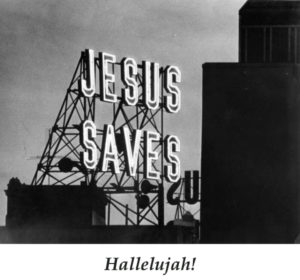 I guess that if he does happen to believe in Hell, guess what dude? “That’s where you’re going! Thanks for telling me the Truth. The Light and the Way”.

The pastor of this same church was, and is a real doozy also. He published a book that was so popular at the time, it was second in all-time sales to the Bible. I happen to be a friend of a person that wasn’t just a co-author of the book, she wrote most of the book. She and her husband, Fenimore, left the church because of this, which one could say, they were forced out of the church.

Fenny, as he was called, was a pretty cool dude.  He was descended from, and middle-named 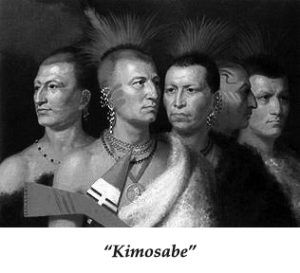 after James Fenimore Cooper, most famous for writing “The last of the Mohicans”. At the time, and still today, I believe what she said was true and not fiction. Not only did she receive no credit for her part in writing the book, the pastor (he knows who he is), took full credit as the sole author of the book. The book did become a “Best Seller” and made a lot of money for the “Pastor”. How absolutely fuckin dishonest is that? I don’t need to reveal his name.  He’s still living, and I hope he reads this post. Shame on you!

My so called friends, “Brothers & Sisters” from that time may read this and think I need to forgive, or I need to be honest, or whatever. One couple needs to look in the mirror and ask themselves if they can be forgiven for 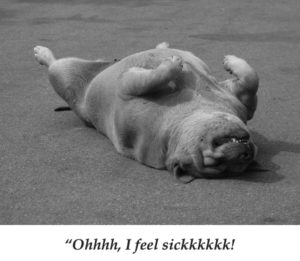 deliberately poisoning and killing their dog because they were going to have a child. Don’t try to find Fido another home, just put some rat poison in his food. For those of you who know me, this is not about bitterness or unforgiveness, it’s about the truth versus fiction.

Over the years, I have known a few other evangelists or pastors personally that were as phony as their patent leather fake crocodile shoes. One of the dudes was actually really entertaining, and I tried very hard to believe him. Let’s face it. I was in his Sunday Morning Service because this dude standing there talking really to himself, carrying on a conversation with Almighty God himself is supposed to convince me that God is real, and I better write a big check which I will do if I believe.

This dude was so out there, and a lot of members actually believed that he was conversing directly with God. “Yes Lord, I will tell them. Yes. Yes, yes Lord, I promise Heavenly Father! 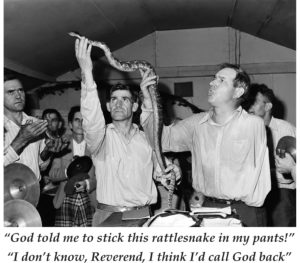 I will lead your children. Thank you Lord!” as he begins to repeat to the congregation what God just told him to say. What a pile of crap. If God really was speaking to him, wouldn’t he be the most popular, most important man on the planet? Well, he wasn’t, and he wasn’t, and over three hundred fools thought he was and gave the “Church” tons of money.

I put the word in quotation marks because the monthly rent of this commercial office space for a church was $2600.00 a month (I knew the realtor), and the ”Church” was taking in about $80K a month. Do the math with whatever other overhead, tax-free, that you possibly can think of, and believe that the fake healings 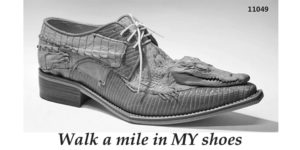 alone are worth your generous donations. I think this dudes shoes ARE real alligator, and his Rolex really did come from Switzerland, not China, as I once thought.

Yes, he’s really talking to God right now, and I’m going to the bathroom because he’s about to go into the money part of the sermon. That’s the beginning of the end for me. How could the Pastor Dude look in the mirror without feeling guilty or remorseful? If he’s not laughing, he’s at least smiling because he’s one of the richest men in town who deserved an Oscar and never got one. I sang at his “Church” a few times.

You notice I said, “His” church and not “Our” church. If it was “our” church, we would be buying our pastor at least a Caddy and spending the rest of the $100K we saved by not buying the Mercedes 600S sedan on charity, missionaries, or whatever. 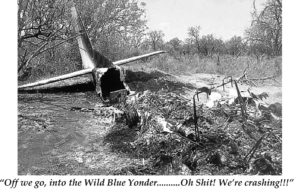 If it was “our” church, we would not have bought the church a Cessna 320. Oh, we can justify the original cost and annual maintenance expense because he is taking his conversations with God, on the road. Tons more money for the church? I don’t think so. I wonder what God was saying to him just before the “Churches” Cessna 350 crashed and burned.

Cremated I guess, if you believe a proper burial will get YOU to heaven if you give this shyster one. What do you do in that case? How do you know that these ashes you’re holding aren’t just a shovel full from the aircraft wreckage site? 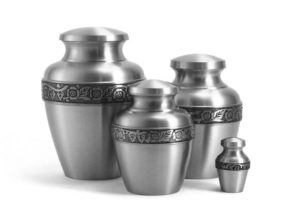 I can believe they couldn’t find even a single bone or fragment thereof. Cremated. Whose ashes are you holding? The list is endless, of people that either have you fooled, or are fools themselves. Some people might think that I’m bitter or angry. I’m not, I just wish that some of the so called, “Sanctified” ones had gone by the Golden Rule. Some of these people that believe in Hell, don’t know that’s where they are going. If you don’t know what the Golden Rule is, you really are stupid, and need to be healed like I was. Write me a note and I will “Splain” it to you. The Golden Rule is NOT “Do unto others before they do to you.

Bottom line, believing that you are superior to someone that doesn’t share the same religious beliefs and rituals that you do is as stupid as religiously cutting off a woman’s clitoris. Think about it!

Post-Surgery I have noticed that 99% of the time, I seem to have acquired the ability to pinch my turds off clean. Stronger sphincter perhaps? All I know is that 99% of the time when I wipe myself, the toilet paper in my right hand comes back clean as a whistle. I don’t stick my nose to it though. I roll of a few more sheets and double-check my work. Quality Control they call it. Do I feel proud when I pinch off a six incher? Not really. I do feel good about not being constipated however.