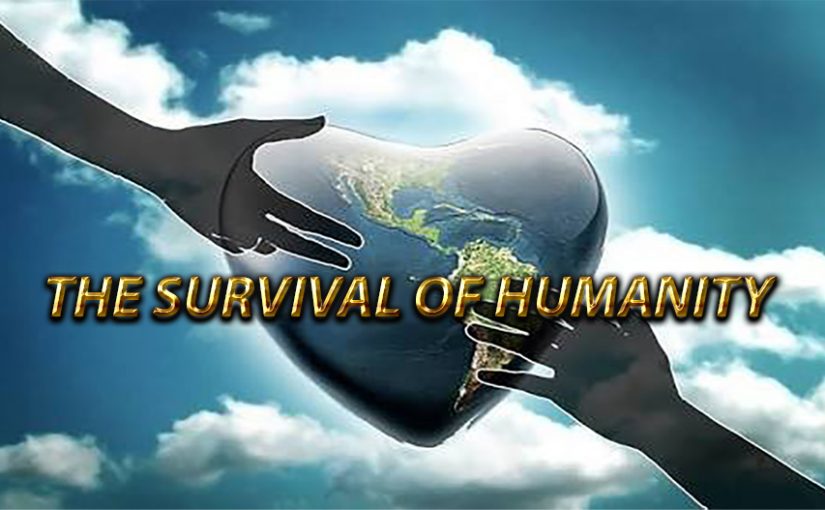 Right now, there are thousands of organized groups that have very common philosophies and goals that are aimed at the betterment of human life on our planet. Major goals, like seeking to end all wars, reversing the human-caused climate change, eliminating hunger and poverty, finding the cures for diseases and illnesses. Goals like establishing a means or basic platform of justice based on humanities needs rather than the needs of the very few that seek to enslave humanity, i.e., I’ll call them the “Corporate Elite/Cabal”. ANY group that seeks justice, peace, and harmony for ALL of mankind should seek to collaborate with ALL other groups/factions that seek the same end results.

How do we collaborate with those like-minded organizations? It’s pretty easy to answer. It’s NOT a contest to see which organization has the most “Members, Likes and Followers” on “Social Media” platforms.

Since ALL of the various “Groups” and “Organizations” that DO share common philosophical goals have their own strengths and weaknesses, doesn’t it make sense to establish synergistic unions with each other, to take advantage of each other’s strengths, to help reduce/negate each other’s weaknesses? The answer is a resounding YES!

The “World Is My Country”, “One World Citizen” movement created by Garry Davis decades ago is a simple, easy to understand, philosophy with a really easy to understand goal. A goal that eliminates borders and boundaries, that simply says that we ALL are EQUALLY “Citizens of Planet Earth”. That is why I’m a volunteer, assisting the organization in any way that I can. “Click” on the “Link” below to view the recent documentary directed by Arthur Kanegis, which is free through the month of May.

There are organizations like the “International Tribunal for Natural Justice”, founded by Sacha Stone that are looking at the legal aspects of dealing with the injustice that prevails around the world. Pretty easy to understand, and in Garry’ Davis’s world, I feel there will still be a need to address the injustices, to adjudicate and bring justice to our planet. Why not create a synergistic relationship with them? This is just one example of two like-minded organizations that should collaborate together.

To me, it almost seems like a giga-normous one-piece jig-saw puzzle. As a species, we have been evolving technically, and doing so rapidly over the past few decades.  Just in the past decade alone, we have been witnessing the evolution of the technological tools that we have right now at our disposal. Tools to communicate with one another, to share our like-minded thoughts and goals, Alexander Graham Bell would be so proud.

Now we need to bring all of our like-minded thoughts and goals together in one synergistic organization. An organization with many parts, like the many parts of a body.

One part of the body may very well be a conglomerate of all the various organizations that share Garry’ Davis’s vision of all of us working together, equally, as “Citizens Of The World”.

Another part of the body can and should be a community-based system of dealing with injustice, adjudicating on the behalf of all World Citizens, just like the International Tribunal for Natural Justice organization is attempting to do.

Another part of the body should/will be, again from the community level up, taking responsibility for advances in science, issues like developing alternative sources for energy, totally free energy like Tesla experimented with, eliminating our dependence on fossil fuels as an example, reversing its effect on climate change.

Another part of the body should/will be responsible for the medical/ scientific research and development related to the elimination of all major diseases and the prolonging of our species life-spans. (Note: We are NOT in danger of over-populating our planet, just take a drive from Los Angeles to Phoenix just to see how vast that small piece of our planet is).

Synergy through Collaboration. That’s the answer. And it’s made up with ALL the parts of “Our Body” working together. As I have stated many times before, on my own website and on social media, I’m not at all into Astrology, but I do believe that as a species, we have been in the doorway and slowly crossing the threshold of what is called, “The Age of Aquarius”. Google it yourself. I believe we started thru that doorway about fifty years ago.

Here’s an excerpt from www.aquariuswellness.com

What Does the Age of Aquarius Mean for Humanity?

Essentially, the commencement of the Age of Aquarius makes room for a fundamental shift in the consciousness of humankind. Spiritually, this means a shift away from duality and self-centered thinking towards a more humanitarian perspective that considers the oneness of all beings.

Many ancient cultures ingrained this belief into the very fabric of their civilizations. These included cultures that evolved in opposite corners of the Earth such as the Egyptians and the Mayans. These individualized civilizations all predicted this shift in consciousness and that it would occur during an era of inter-connectivity. In India specifically, ancient Hindu belief has maintained that with this dawning of a new age of awareness, the Kundalini energy that dwells dormant within all living beings will awaken as an inevitable response to this expanded consciousness.

Coincidentally, or not, Aquarius also represents in astrological terms: major technological advancements such as electricity, computers, flight and general freedom associated with invention. Many believe that technology, the internet and various resources that we have available to us today comply with a plan laid out by the Universe. This plan, they believe, has been necessary to allow for more people to increase their awareness about the possibilities of the Age of Aquarius and all it represents spiritually, thereby leading eventually to critical mass and worldwide adoption.

As we cross that threshold of the Aquarian Age, I believe as a species, that we are coming to a “Fork-In-The-Road”. The wrong “Fork” leads to the eventual extinction of our species, and if, as a species, we take the correct “Fork-In-The-Road”, we will continue on to the fullness of what this new age offers to humanity, peace and prosperity, healthful and meaningful lives for all of mankind. I’m optimistic. I believe we will make the correct choice. We have the tools, let’s do this.

“When the moon is in the seventh house, and Jupiter aligns with Mars, then peace will guide the planets, and love will steer the stars.”

THERE IS STRENGTH IN NUMBERS, SO LET’S CREATE SYNERGY THROUGH COLLABORATION

P. S. Thanks to all my faithful readers (60% of you) that keep returning to read my various writings/essays, and thanks to all the new readers (40% of you) that have discovered my website. ALL of you have pushed my “Visits” over 700,000 since January 2016 when I first started this website, and began writing.