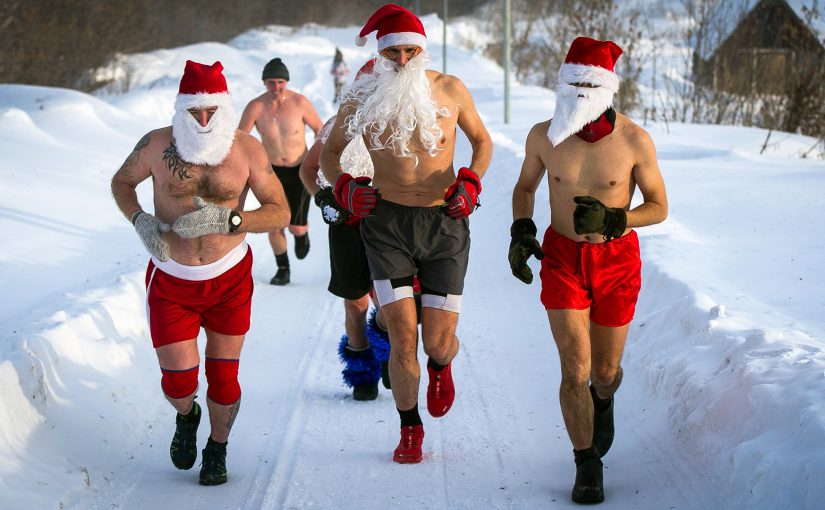 Of all the proposed changes, (that must be voted on by the Russian people), the one that I find to be the most interesting, and something that the U. S. should consider as well, is Putin’s proposal for a Constitutional change that will require that all legislation be reviewed by the Russian Supreme Court for constitutional legality BEFORE a President signs it into “Law”.

Imagine, if our Supreme Court did the same thing here in the USA, and imagine the hundreds of millions of dollars that this, as a constitutional “law making and approval process”, would save the American tax payers if we did the same thing.

As our system currently exists, if a piece of legislation is passed by our Congress, and then becomes the “Law of the Land” after a POTUS signs it, when lawsuits are brought against any given Federal Law, millions of dollars are spent in our lower court systems before it even gets to the Supreme Court to adjudicate its constitutional legality, IF they even hear it. Millions of dollars and years of legal battles would be saved.

I use this as one of the primary examples of how our world is changing. Russia, the former Communist Regime of the USSR, over the years has been slowly transforming itself under the leadership of Putin, into a more democratic society, while the USA seems to be headed in a different, and negative direction.

Sure, there are many issues within any society and system of government that should be looked upon for ways to bring equality and justice to and for the people/citizens of a country. How we govern ourselves has been part of our evolution as a species. From Pharaohs, Kings & Queens, to Parliamentary Governments, Dictators and Republics, mankind has seen and suffered it all.

I think the days of Dictators, as an example, are a thing of the past. The global powers have taken it upon themselves to just kill off anyone that they determine is a hindrance or nuisance. In all cases, as we see what has been happening in the Middle East for the past few decades, the end result of our Imperialistic involvements has left the invaded countries much worse off, at an enormous cost in lives and dollars.

We are still experiencing Imperialism, as it is called, the regime changing ideology that is still intent on control over the natural resources of other countries via the “Democratization” by any means necessary by the USA and its closest allies. This has also been a part of our evolution as a species. Wither through invasions and wars, or clandestine methods, the evolving hierarchy and their modus operandi evolved to what it is today. From Kings and Kingdoms invading other Kingdoms, for territorial expansion and religiously motivated wars like the Crusades, to the efforts on the part of the few today, the criminal element we refer to as the “Elite/Cabal”, and their evolving lust for the natural resources of other countries like “Oil” and ultimately, greater wealth and power.

The fundamental goal has always been the same, take what doesn’t belong to you, but in modern times it has become much more sinister resulting in “War Crimes” against humanity that are ignored in such a way, the lack of recognition of the “War Crimes” in itself is a crime against humanity. One example, and it has been going on for decades, is the apartheid treatment of the Palestinian people by the Zionist-controlled so-called “State if Israel”. The vast majority of the world, via the United Nations, has been condemning this apartheid activity for decades, passing resolution after resolution condemning Israel. That is, except for the United States and a small group of Western Allies like the United Kingdom who fervently support Israel in every way possible.

Well, guess why that is folks? Is it perhaps because our governments are controlled by the Zionists? Just follow the money. The Congress of the United States, right now as of January 2020, just in the current legislative period (116th Congress), the U. S. Congress has passed 57 bills in favor of one thing and another for things like, giving Israel another 38 Billion dollars. For the 115th Congress it was 112 Bills, 114th Congress it was 99 Bills, so on and so on. Do your own research at:

If you are at all capable of “thinking”, and if you have ANY “Common Sense” at all, you will see and understand what a miss-carriage of justice this has been and still is today. U. S. Taxpayer’s hard-earned dollars has been and still is being spent in the support of the apartheid regime of Israel, and that is totally fucked-up, and unacceptable. Since the end of World War Two, Israel has been the largest recipient of U. S. dollars, (over $100 Billion). The most recent “gift”, is $38 Billion over the next ten years, and that, 100% ALL military aid.

In the recent past, from the beginning of the “Industrial Age” a little over one hundred years ago, to present day, humanity has gone from “World Wars” to a “Cold War”, to “Endless Wars” in Southeast Asia and the Middle East, to a new “Lukewarm, Cold War” with Russia again.  As far as all the wars are concerned, ask the “Who, What, and Why of War”, and “Follow the Money”, exactly who has gained from all the wars, i.e., the growth of the Military/Industrial Complex?

Point of all this is, on one hand you have countries like China and Russia and their positive accomplishments in building infrastructure, etcetera, and on the other hand you have the Western Countries led by the United States in never-ending wars. Don’t even bring up the issue of what has been happening in the Ukraine. Wither it was originally started by Russia makes no difference.

Just ask the Russian-speaking people who are the majority in Eastern Ukraine who they are as a people, and how they identify themselves. They will tell you that they are Russians. What does that tell you?

Bottom line, the Ukraine once was part of Russia (USSR), the United States had to come into the picture, (the CIA had been embedded in the Ukraine for a long time trying to stir up the pot), and because of Russia’s involvement, all the western media reports on, is how terrible Russia is.

Imperialism by the Western Countries is dying a slow death. We see that in the Middle-East. While the USA is spending Trillions of Dollars on its “War Machine” and its Imperialistic goals around the globe, other major parties have been spending their money at home, building new infrastructure. Just compare the growth of China’s and Russia’s GDP (Gross Domestic Product).

Imperialism, led by the USA has been and still is, like a “School Yard Bully, taking your lunch money”. The rest of the world has had enough of this bullshit, and “Times, they are A’changin'”.

Even though what we have is really a “No Party” system instead of a “Two-Party” system, (that leaders are “Selected”, not “Elected”), should by some miracle, someone like a Bernie Sanders win an election and become POTUS without being JFK’d, and live long enough to fulfill a positive agenda/platform, the hope is that by defeating the Elite/Cabal in an election, that we will begin to realize those positive changes in our political system/structure and in our great nation, and in our world. If not, we are doomed.

First and foremost, changes have to be made to eliminate the stranglehold that Zebraism has had on our country. This is NOT “Anti-Semitism. It’s a known fact that Zebraism and Judaism are two very separate things, like Apples and Oranges. There will be a reversal of ideologies in government, business, and religion. More Christian-Zionists are beginning to wake up, and abandoning their Pro-Zebraist positions. Laws will be enacted against dual-citizenships with USA and Zebrael passports.

We need to return to the Gold/Silver Standard like JFK attempted to do. We need to shut down the Federal Reserve and eliminate the stranglehold that the Elite/Cabal’s Central Banking System has had on our republic. If I had anything to say about it, I would put JFK on a new, gold-backed $100 bill.

In conclusion, China and Russia might be doing more positive things than negative, and America could do better as well. I have always been an optimist, in my personal life and how I feel about where we are heading as a species on this planet, we call Earth. At my age, I have no expectations of being alive to witness or take part in, what I feel, is a wonderful new age for mankind. I can see it on the horizon, but I know it will take more years than I have left to realize a great future for our species and our planet. I also have to realize, with a slight bit of pessimism, that what I see on the horizon might sink before it gets here. If that happens, if that hope sinks along with the dreams of millions of others, our species will become extinct, confirming that intelligent life on Earth has birthed, grown, and died, many, many, times over hundreds of millions of years. I’m 71 years-young, so although I DO care what happens to us as a species, at my age I also don’t give a flying fuck.

I suppose that because I keep writing about the subjects that I write about, the “Flying Fucks” do take a back seat to the empathy that I have for humankind as a species, even though everything that I write or say is still, like a “Single Fly, Farting in the Wind”, or like I sometimes like to say, “As Useless as Wings on a Penis”, I will continue to share my thoughts, hoping that my message, which really IS a message of “Hope”, will be heard.