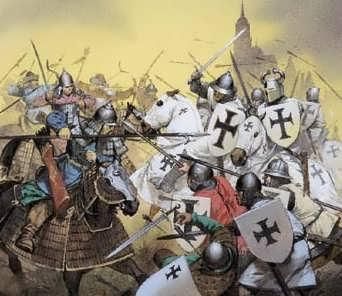 Don’t confuse anger with hate. We are all born with the ability to love, or like something or someone, and along with that, we are born with the ability/reaction of “not liking” something or someone, like a baby that is not appreciative of that spoon-full of mushed-up green glob of asparagus that you are trying to shove in his/her mouth, and the mouth is closed so tight, that it would take a stick of dynamite to open.

That’s because your darling little Billy does not LIKE it. We say, “Oh, Billy hates Asparagus. But he loves the Bananas & Peaches”. Another emotion that we are born with, is the reaction called “Anger”. Little Billy’s dislike of that Asparagus, quickly turns into anger if the person doing the feeding is persistent in trying to shove that spoon-full of green mushy Asparagus past his tightly-clenched jaw and into his mouth.

His anger is an innocent reaction, upgraded from his dislike because of the unrelenting attempts to get him to open his mouth and eat that Asparagus. The use of the word “hate” in this case is a little erroneous because “Hate” is different. Hate is a learned trait, and not part of our in-born nature to “Like or Dis-like” or to be “angry” at someone or something. Hate, by itself, is a destructive force, and is a learned anomaly that is far removed from disliking or being angry at someone or something.

People kill people because of “Hatred”. They may dislike something, or be angry, but it’s the “Hate” that turns people into inhumane killers. “Love your enemy” has been said by famous prophets and philosophers. It’s not hard to do if you can understand the difference between anger and hatred.

Another example of “Learned Hatred” that is destructive is certain people that have a “Learned” dislike of people whose skin color is different than their own. When we talk about racial dislikes, a person is not born with that kind of  “Dislike”, it is a “Learned” trait, and when that “Dislike” turns into anger, and that anger morphs into “Hatred”, it is abnormal and destructive, i.e., racial bias, even having a dislike for someone of a different race and color is not an inborn normal part of the human psyche, it is a “Learned” destructive phenomenon, and that “Learned” dislike quickly turns into “Hatred” boosted along by anger.

I had a dislike for Asparagus early in life I don’t recall ever hating my mother as she was trying to pry my mouth open with a spoon filled with that green mush, I just didn’t like it, and it did make me react in an angry manner. I didn’t like the color, smell, or taste of it. I naturally was angry, but that natural anger never turned into an un-natural “Hatred” towards my mother. As an adult, I discovered that I actually LOVE Asparagus, as long as it’s not boiled in a pot of water until it becomes mush, (how my friend Phil cooks it). I prefer steamed until “Al dente”, or grilled.

I can say that I have never developed (learned) to dislike or hate anyone whose skin is a different color than mine, or whose religious views are different than mine. I do however, have a dislike of ANY religion that persecutes others who practice a religion that is different from their own. I abhor anyone who persecutes and kills others “In the name of their God”. Do their actions upset me? Yes, I don’t “Like” what they do. Do I get angry? Sometimes, but generally no, because I know that anger begets hatred, so as much as possible, I try to show love towards them, “For they know not what they do”.

Bottom line, for most of mankind’s recorded history, we have slaughtered other people mostly because of religious differences. Coupled with those differences, racial bias and hatred have tagged along as the result of the shitty part of our evolution as a species. At this stage in our evolution, we see more and more people waking up, and abandoning their former superstitions/religions and realizing that ALL of our species is one, and equal in every respect. It’s not another “Conspiracy Theory”, it’s part of our evolution as a species. I believe that in spite of ALL the various thoughts, beliefs, and conspiracy theories that are out there, mankind is coming to a “Fork in the Road” as far as our evolution as a species is concerned. We are “Awakening”, and I believe that as a species, we WILL take the correct “Road” when we arrive at that “Fork in the Road”.

Love will be victorious. Peace and Harmony shall prevail. The answer is simple. Love thy neighbor as you love yourself. Exercise your compassion and understanding instead of resentment, anger and hatred. Recognize that we truly ARE one species, that we ALL are part of the human race. Let’s do this, together. Be a “Practitioner of Love”, not a “Soldier of Hatred”.

P. S. There is no good reason to kill another human being, not hatred, not even for revenge. It’s almost supernatural when you experience the awesome power of “Forgiveness” as it triumphs over everything negative including hatred and desire for revenge. Ask me how I discovered “Forgiveness” for my step-father for beating my mother to death when I was young, after a hatred and desire for revenge that was part of a significant portion of my life, for many years, and the negative aspects of that hatred. To know “Love & Forgiveness” is true “Salvation” wither you are religious, or an atheist as I am.