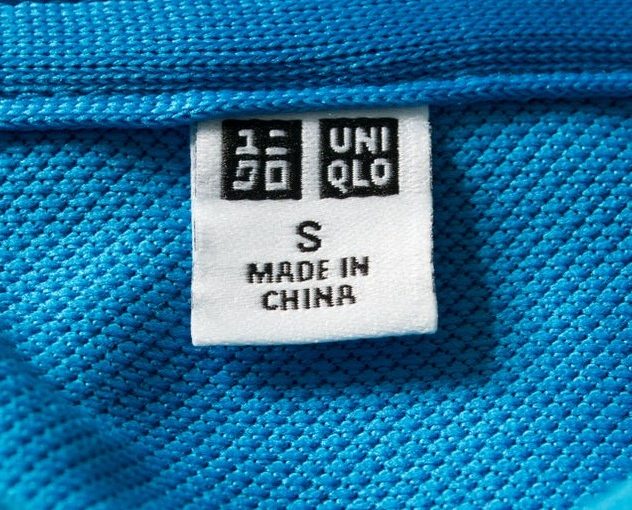 Much of China’s REAL power was handed to them on a Silver Platter over the past three decades or so. There was a time when the American citizens were using stuff made right here in America, 99% of the stuff, BECAUSE those same American citizens were actually employed in the thousands of factories here in America making the stuff they bought. Radios, televisions, refrigerators (although the higher end shit DOES come out of Japan and South Korea still to this day).

Everything else? It’s made in China, because the American companies’ “Corporate Boards” deliberately moved all their manufacturing operations TO China because the “Labor” factor here in America was getting out of hand BECAUSE the UNIONS told potential members that if they joined the “Union”, they would double their wages and benefits.

SOOOOOOOOO, the fact is, it’s not China’s fault that the majority of labor-intensive goods were moved there for the benefit of the “Stock Holders” of those companies, said “Corporate Boards” also gave the typical CEO a multi-million dollar bonus every year. “Google” just what percentage of “stuff” that WALMART sells, is made in CHINA.

So, MUCH power is handed to those who accept it, in China, it’s been a decades-long evolution. P. S. That type of power, the money involved, has also driven their own industrial growth, their scientific advances, their own innovation now, instead of just being a source for cheap outsourced labor.

Tie all of that to the overall agenda of the elite-cabal, and they would say that they are on track and on schedule, and China’s just as subordinate as they need to be.

The following portion via Betty Hanson on farcecrap, if she’s not the original writer, then the source is unknown at this time.

In the future China will employ millions of American workers and dominate thousands of small communities all over the United States. Chinese acquisition of U.S. businesses set a new all-time record last year, and it is on pace to shatter that record this year.

The Smithfield Foods acquisition is an example. Smithfield Foods is the largest pork producer and processor in the world. It has facilities in 26 U.S. states and it employs tens of thousands of Americans. It directly owns 460 farms and has contracts with approximately 2,100 others. But now a Chinese company has bought it for $ 4.7 billion, and that means that the Chinese will now be the most important employer in dozens of rural communities all over America.

Thanks in part to our massively bloated trade deficit with China, the Chinese have trillions of dollars to spend. They are only just starting to exercise their economic muscle. It is important to keep in mind that there is often not much of a difference between “the Chinese government” and “Chinese corporations”. In 2011, 43 percent of all profits in China were produced by companies where the Chinese government had a controlling interest in.

Last year a Chinese company spent $2.6 billion to purchase AMC entertainment – one of the largest movie theater chains in the United States. Now that Chinese company controls more movie ticket sales than anyone else in the world. But China is not just relying on acquisitions to expand its economic power. “Economic beachheads” are being established all over America.

For example, Golden Dragon Precise Copper Tube Group, Inc. recently broke ground on a $100 million plant in Thomasville, Alabama. Many of the residents of Thomasville, Alabama will be glad to have jobs, but it will also become yet another community that will now be heavily dependent on communist China.

And guess where else Chinese companies are putting down roots? Detroit. Chinese-owned companies are investing in American businesses and new vehicle technology, selling everything from seat belts to shock absorbers in retail stores, and hiring experienced engineers and designers in an effort to soak up the talent and expertise of domestic automakers and their suppliers.

If you recently purchased an “American-made” vehicle, there is a really good chance that it has a number of Chinese parts in it. Industry analysts are hard-pressed to put a number on the Chinese suppliers operating in the United States.

China seems particularly interested in acquiring energy resources in the United States. For example, China is actually mining for coal in the mountains of Tennessee. Guizhou Gouchuang Energy Holdings Group spent 616 million dollars to acquire Triple H Coal Co. in Jacksboro, Tennessee. At the time, that acquisition really didn’t make much news, but now a group of conservatives in Tennessee is trying to stop the Chinese from blowing up their mountains and taking their coal.

And pretty soon China may want to build entire cities in the United States just like they have been doing in other countries. Right now, China is actually building a city larger than Manhattan just outside Minsk, the capital of Belarus.

Are you starting to get the picture? China is on the rise. If you doubt this, just read the following:

# When you total up all imports and exports, China is now the number one trading nation on the entire planet.

# Overall, the U.S. has run a trade deficit with China over the past decade that comes to more than 2.3 trillion dollars.

# China has more foreign currency reserves than anyone else on the planet.

# China now has the largest new car market in the entire world.

# China now produces more than twice as many automobiles as the United States does.

#After being bailed out by U.S. taxpayers, GM is involved in 11 joint ventures with Chinese companies.

# China is the number one gold producer in the world.

# The uniforms for the U.S. Olympic team were made in China.

# 85% of all artificial Christmas trees the world over are made in China.

# China now consumes more energy than the United States does.

# China is now in aggregate the leading manufacturer of goods in the entire world.

# China uses more cement than the rest of the world combined.

# China is now the number one producer of wind and solar power on the entire globe.

# China produces more than 90 percent of the global supply of rare earth elements.

# China is now the number one supplier of components that are critical to the operation of any national defense system.

# In published scientific research articles China is expected to become the number one in the world very shortly.

And what we have seen so far may just be the tip of the iceberg. For now, we will just leave you with one piece of advice: Learn to speak Chinese.

Postscript: Not Doom or Gloom, this China thing that I have described has been is, and will continue to be, just another part of the evolution process that we have been migrating through for thousands and thousands of years. Changes are coming. I predict that the United States will crumble away from within, slowing at first. Texas will be the first “State” to secede from the Union. Soon after that, Texas will absorb the northeastern portion , about 2/3, of Mexico thanks to a pre-secessation agreement with Mexico’s President Gomez. Next to secede is California, which will absorb Nevada and Arizona shortly after. With new names or not, these new “Republics” will soon see record growths in all areas.

Originally, our government based on the U. S. Constitution was designed to be small, whereas the “States” were to have more autonomy. There WAS a time in our history when ALL government was small enough that there were no “Federal Income Taxes”, and what taxes you did pay were paid to your local city or town government, for basic services. law enforcement and such. Look what happen. Our federal government is so large, it’s become the number one largest spender/consumer of everything, as an example, the Federal Government which includes the military, consumes more petroleum based products that ANYONE else in the world including other countries.

Shrinking the “Fed” down to a fraction will result in the eventual elimination of the need to have a “Federal” government. Those sections on a future map that show how a total of six groupings of area seceded now have totally un-stately sounding names, like, LEFTCOAST for California/Nevada/Arizona. Texan’s overwhelmingly will vote to retain the name TEXAS.

I’ll stop here for now. Basically, what I’m saying if you can read between the lines, is that instead of a “New World Order” like the elite/cabal had planned for, I believe it will be what I call, a NEW AGE ORDER. We will evolve to ALL being WORLD CITIZENS. No boundaries, no passports required. You can find more of this type of thought in many of my earlier posts here on my website.

One final thought, something that I have said many times. Everything we see happening around our world today, all the wars, the Middle East bullshit by the zionists and their puppets like the USA, the growth in China as I just wrote about, EVERYTHING, is indicative of our species crossing over from the Age Of Pisces (Age of Religion & Wars) which has lasted about 2,300 years, into the Age of Aquarius, (the Age of Technology and Peace), think Startrek/Starwars here.