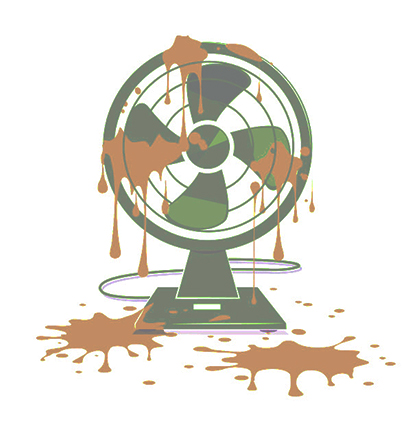 The Shit’s been hitting the fan for a long, long time. Sometimes that fan is set on high, sometimes on low, but mostly on medium speed. It’s soon going to be set on super-high speed,

A recent post by a friend on farcecrap: “doing good things collectively is the same as communism, which in the end will come, it is inevitable just from a scientific/management of resources; schemers,  scammers, parasitic system will die along with the evil criminals, and I’m not talking about the one’s in prison now, but the one’s aren’t that should be”

My friend’s post/statement got me to thinking, and here was my “Comment” back to him:

I believe that the eventual system of “Guberment” throughout the world will be unlike everything else that has ever existed, in that what is coming will be a hybrid, morphed system that doesn’t have a name yet.

My own belief from a lifetime of study, plus being the optimist that I am, I believe that instead of a “New World Order”, we are heading towards the “New Age Order”.

The Age of Pisces (google it) has been the “Age” of “Religions and Wars”. The “Crossing of the Threshold” between this passing “Age” and the “Age” we are entering, began approximately 150 years ago, crossing over to the “Age of Aquarius” (google it), the “Age of Technology and Peace”.

I believe as a species (not a Nation State, Country or local Pub), before we enter fully into “The Age of Technology & Peace”, we will come to a “Fork in the Road”. We can choose (or be forced) to go to the right or left at the fork. I believe that LOVE COMPASSION KINDNESS EMPATHY SYMPATHY (have I left anything out?), will prevail, and the so-called “Evil Ones” will lose, and fail at establishing THEIR “New World Order”.

Based on the “Saxe Theory of Prevailing Shitty-ness”, that “Shit’s been bad in the past, the forecast is for continually Shitty-ness in the foreseeable future because Shit doesn’t stop on a dime”. What this means is that our species, our planet, and every living thing, is STILL going to see/experience what may be the Shittiest of all times in our near future.

That “Fork in the Road” that I mentioned is possibly at a point in our near future where the human race is a fraction of what it is now, OR, it’s at a point in time where we as a species, have made the “Right/Correct” choices at that fork in the road, preventing all-out Nuclear War, or preventing any other “Evil” to come upon us in a way that wipes out most of mankind and nearly destroys our planet. I believe the latter shall happen. Last but not least, the only “Rule” to live by, is the Golden Rule, trust me on that one.

Postscript: This image is of a flag that I designed which I call the “IRTHFLAG” spelled as one word. In the fullness of the new age we are entering, there will be no boundaries. We will all be equal citizens, IRTHEANS of one united world which I call IRTH. 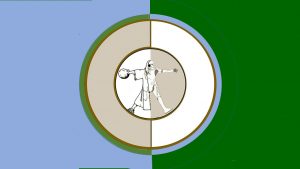