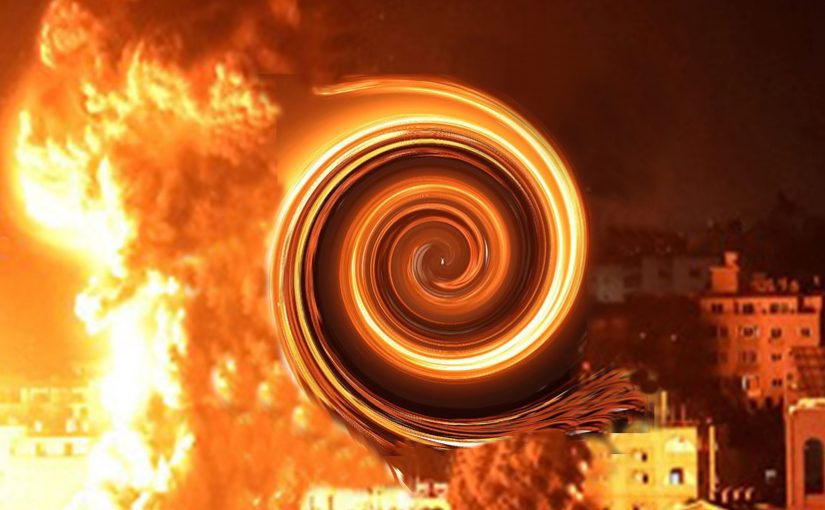 Just how deep IS the Deep State?

Unless you work in the oil biz, or at least have a little education about the various methods/processes of extracting crude oil, you have no idea what is on the ocean floor thousands of feet below an offshore oil platform.

The same is true in our world today as far as who’s “In Control” and how those “In Control” are “Controlling” all aspects of our very existence as a species. I’m using this as an analogy for the “Deep State”, PLUS, the “Elite/Cabal”.

Just as there is what’s referred to 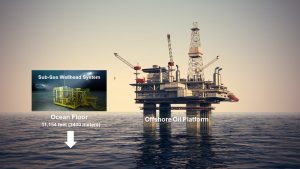 as a “Subsea Wellhead System” on the ocean floor, that guides the drilling pipe deep below the drilling platform on the ocean’s surface, there IS a “Deep State” and “Elite/Cabal” that although unseen, literally “Controls” everything that IS, WAS, and will continue to BE as long as we let them.

The “IS” being just about everything that is important to us as human beings on this planet we call Earth. I believe that the DEEP STATE has its roots beginning shortly after WW2, and it’s something that evolved from the military/industrial complex of Eisenhower’s presidency (he DID warn us) to what it is today. The “Elite/Cabal” has been around for quite a bit longer, evolving from its early beginnings in the late 19th Century with the early stages of “Central Banking” and has total control over what we now call the “Deep State”.

That evolution of both the Elite/Cabal and the Deep State has taken us up to today with all the needless and insane wars, with no end in sight for those millions of innocent people in every part of the world. That is insane when you also add all the other aspects of the ever-growing, and seemingly unstoppable AGENDA of the DEEP STATE / ELITE CABAL. The absolute control that these relatively few people at the top of the psychopathic pyramid have slowly gained over just the past 60+ years is mind-boggling, let alone it’s evolution over a few hundred years (and/or more).

Millions of people starving, millions of people suffering in one way or another, and all the while a small (in comparison to the world’s population), elite, handful of people are controlling every aspect of human life on this planet. From control over the basics like the food we eat, the medicines we take, our “jobs”, i.e., how we live our lives, how we are educated, as well as how we perceive the world we live in, either knowing we need changes, and wanting to help make the changes in order to survive as a species, (or not knowing). Just look at the endless wars and everything else in between that humans are subjected to. Let’s face it, they have had our species by the balls for decades. The military/industrial complex by itself consumes more tax $$ than anything else in world history.

The Deep State, (and the Elite/Cabal which control them), seem to be unstoppable. Why? Because there is still a large percentage of the world’s population that are just along for the ride, trusting EVERYTHING that their guberments and the mainstream media tell them. Those millions of folks are referred to as the SHEEPLE. Quite frankly, the SHEEPLE are people from every part of our planetary society, from the highly educated to the not so educated. From the wealthy to the poorest, the one thing they lack is “Common Sense” in my humble opinion. It has nothing to do with intelligence. 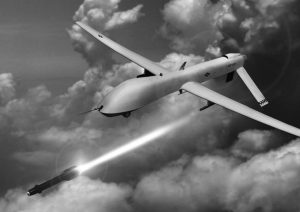 But wait! There’s more! With the evolution of technology, like deadlier and more efficient ways to “Bomb/Kill” people (drones), we have also seen the advent and evolution of the “Internet” which has made it possible to instantly communicate with others in so many ways. Now BECAUSE of technology, more and more people are learning the TRUTH, i.e., “Waking Up”, AND sharing that TRUTH with millions of people around the world on a daily basis, and THAT, is something even the Elite/Cabal could not foresee.

Even with the millions and millions of people “waking up”, the Elite/Cabal and their puppets, the Deep State, still feel oblivious (safe) and superior to ANYTHING that COULD threaten them and THEIR way of life, and their decades-long, planned agenda. They feel untouchable BECAUSE of the control they DO have, control over our guberments, control over the MSM (mainstream media), the monetary systems, and every industry including the Pharmaceutical/Medical industry, along with all manufacturing associated with the Military/Industrial Complex.

The Deep State / Elite Cabal watch with glee and laugh at our “politics” here in the USA, knowing that although the Sheeple experience what they THINK is a two-party system (mostly), Demo-cRats and Repugnantkins, no longer are there real “political” parties, they are just two different “Wings of the same Bird” (Vulture), and it does not matter WHO is POTUS and in the White House, he/she is controlled and does the bidding of the Deep State / Elite Cabal. If they don’t, they are told that they WILL end up like JFK. 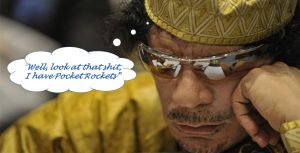 Those leaders around the world that refuse to obey the Elite/Cabal and accept the central banking system end up like Muammar Muhammad Abu Minyar al-Gaddafi.

Over the years, millions of words have been written and published, hundreds of thousands of hours of film/videos have been produced, and one way or another, millions of people have either stated their beliefs for or against ALL the so-called “Conspiracy Theories”, which by the way, is terminology created by the CIA shortly after the “Deep State / Elite Cabal” murdered John Fitzgerald Kennedy in 1963. The CIA created that catch-all phrase to subvert and contain all discussions/controversy related to that particular murder/coup of JFK and for ALL “Conspiracy Theories” since then.

That was the beginning of the end of democracy as we knew it, and it has only worsened since then. If you were to take a poll today, the vast majority of the world’s population AND those folks here in the USA, KNOW without a shadow of doubt that JFK WAS murdered by the Deep State / Elite Cabal. They have had 58 years of controlling the narrative and most, if not all of those who were directly involved have long since gone to Hell, if there is one, and escaped justice.

Even those directly involved in JFK’s murder were doing the dirty work for the “Deep State / Elite Cabal” (the assholes at the top of the pyramid). The sad, unfortunately insane part of this is that in spite of the overwhelming majority knowing this particular Truth about JFK’s murder, there appears to be absolutely nothing that can be done to finally see real justice for him, for who’s left of his family, AND for the people.

Other TRUTHS? How about abolishing and dismantling ALL nuclear weapons, beginning with recognizing that the Zionists in the so-called “State of Israel” DO have, and never have acknowledged, their Nukes? How about the easily recognizable TRUTH about the apartheid treatment of the Palestinian people, and the Deep State / Elite Cabal’s overall agenda in the Middle East and other parts of the world over the past 100 years or so. That’s sort of like the crude oil bubbling out of the ground on the old TV series, Beverly Hillbillies, it’s right there, plain to see. How about the factual evidence of “Chemtrails” filling our skies every day and the negative impact/results. 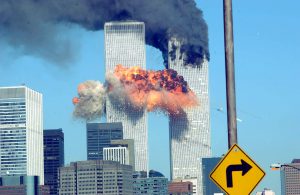 How about the TRUTH about who did 9-11 and why they did it? How about all the wars people have suffered under? How about the “Plan-Demic”? For the COVID-19, it’s not complicated. Follow the history of the “Gain of Function” research that began in a Biological Warfare Research Lab at Fort Detrick, Maryland many years ago, and the fact that this research was eventually transferred to Wuhan, China and other offshore facilities, then, follow the “Money”.

Yes, millions and millions of people are waking up, and broadcasting the TRUTH via social media. But does it matter, or are we all just like a “Single Fly, Farting in the Wind”? Can we make a difference? Can “We The People” actually do something to reverse the ever-evolving path that the Elite/Cabal via their Deep State operatives has had our species on for over a hundred years? I’m an optimist, so, yes, I believe we WILL prevail over them in the end, as we enter fully into the age of “Technology & Peace”, the Age of Aquarius, as we leave behind the age of “Religions & Wars”, the Age of Pisces.

In addition to sharing the TRUTH as millions of us are doing, let’s begin talking about the “HOW” instead of just voicing our indignations about what has happened so far, and what is still happening. Those of you that know me and have read my essays, know the key words that I use…..Words like, ORGANIZE, COLLOBORATE, SYNERGISE, CREATE A PLAN, and EXECUTE THE PLAN.

Everything I have stated in this brief essay is common knowledge and has been repeated countless times by millions of people around the world. We ALL, (those of us who are “Awake”), have publicized the TRUTHS for years, and we ALL have stated at one time or another that we MUST take action and DO something.

The only negative is that we are NOT ORGANIZED, and without ORGANIZATION, there can be no COLLABORATION, and SYNERGY, and, no formation of a PLAN, so we MUST come together, into ONE VAST GLOBAL REACHING ORGANIZED and COLLABORATIVE effort in order to realize the SYNERGY we need, in order to PLAN and EXECUTE A PLAN to overcome the seemingly impossible, and defeat the DEEP STATE / ELITE CABAL. I believe there IS a way to do this, Ask me.