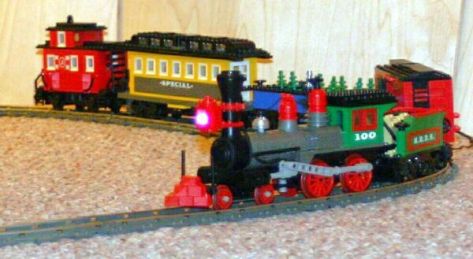 I see that train acomin’, it’s comin’ round the bend….I’ve got a new story to tell you, where do I begin?….

Where do I begin. It all started when the USA bombed Tehran and began what became a feeble and disastrous invasion of Iran. Zebrael got involved when the mossad detonated a small tactical nuke in an area near Shiraz that supposedly housed a nuclear research facility.

Escalating quickly, this new war suddenly ended just as quickly as it began, with a large nuke turning Tel Aviv into a new portion of the Eastern Mediterranean Sea. Some say it was the Russians, some say it was Iran, some thought perhaps it was Pakistan or some other power friendly to Iran. No one really knew for sure except whoever it was, that nuking which wiped out the zebraists brought everything to a screeching halt. What was left of the zebraists were quickly rounded up by the people.

At the same time that all this shit was happening in the Middle East, the people of America had FINALLY taken action. Tired of decades and decades of deception and war, the American people did something about it. Not just the Patriots, and the armed militias, but the average citizens were finally fed up with the way their political leaders had been governing the USA. The Sheeple finally understood what had been going on, and who was responsible, and joined in what became the vast majority of awakened folks that took control and took back the power of governance away from the corrupt asswipe puppets in Washington D. C. who had driven us to the brink.

It all happened so quickly. New governments were established all over the world, replacing those that had previously been puppets for the zebraists/elite/cabal. Almost overnight, western countries/governments were changing out their political systems and methods of governance. In Great Britain, the “Royals” were arrested and tried for crimes against humanity. This same “Changing of the Guard” was happening in Germany, France, Australia, and other western nations. The United States led the way in disposing of the “Old” and bringing in the “New” systems of true “Governance by the People, for the People”. It was not a lengthy process. All of this change for the good of mankind took six months for the complete transformation to take place.

During this six-month period of change/reformation which would be called “The Great Reformation of 2022”, there were many people arrested, tried and convicted of “Crimes Against Humanity”. Politicians, billionaires like Gates, people in the military/industrial companies, leaders in the various media companies as well as other industries like the pharmaceutical companies were arrested.

“We, the People”, had had enough, and we finally organized, synergized our efforts, and removed the cancer that had been destroying us from within. With Tel Aviv now just a spot in the eastern part of Mediterranean Sea, and zebrael and the zebraists just a new chapter in our history books, changes that were once only dreams quickly became realities.

What was the military folks doing you might ask? The irony of all ironies is that beginning with the U. S. military, they quickly understood that their function was now obsolete, and that they were no longer needed to “Defend” the Constitution of the United States of America, that their focus on never-ending wars was a foot-note in the history books. Instead of war, we now had peace, instead of prosecuting these never-ending wars, they now had converted their previous abilities of killing people into saving lives instead. Tens of thousands of young people now joined the “Peace Force”, building infrastructure in third-world countries, repairing/rebuilding our own, responding to natural disasters like the major disaster in South America when a large asteroid hit Buenos Aries.

For the first time in our history as a species we were at peace. Instead of using our resources for wars like we had been for centuries, the human race began solving age-old problems like ending famines, housing the homeless, finding cures for diseases like cancer, continuing the process of making life better for every human being on the planet.

Within a year, the new leadership that had taken control throughout the world participated in forming a “World Council”. This council or cabinet of 12 people-appointed leaders eliminated borders, declaring everyone to be a “Citizen of Planet Earth”.

Instead of the “New World Order” that the elite/cabal had spent lifetimes planning for, we are now well established in the “Aquarian New Age Order”, something that I had dreamt and written about for years, but never thought that I would live long enough to see. As I finish this new essay with my Grandson playing outside with Shelton, I truly am thankful for living long enough to be a part of this monumental change for our species.

Do you, as a reader of this essay think it’s crazy to believe what you just read? Is it crazy to be an optimist, to believe that WE CAN as a species, evolve ourselves into PEACE? If you believe as I do, then stop talking about it, let’s DO something about it. Of course I don’t want to see Tel Aviv become part of the Mediterranean Sea if we as a species, can prevent that from happening. I do expect to see dramatic shit happening at some point, shit that MAY kill a lot of innocent people. I say let’s prevent, circumvent, the bad shit, and collectively as a species, make the changes required in a peaceful manner. But Tom,how do we do that? We can start by ORGANIZING all the “Single Flies, Farting in the WInd”, and then building upon that with SYNERGY, and using that synergy to change the world. If this make sense to you, let’s talk.

Don’t be a Turd, spread the word! Share this essay if you agree with it. I might turn this into a screenplay, IDK.