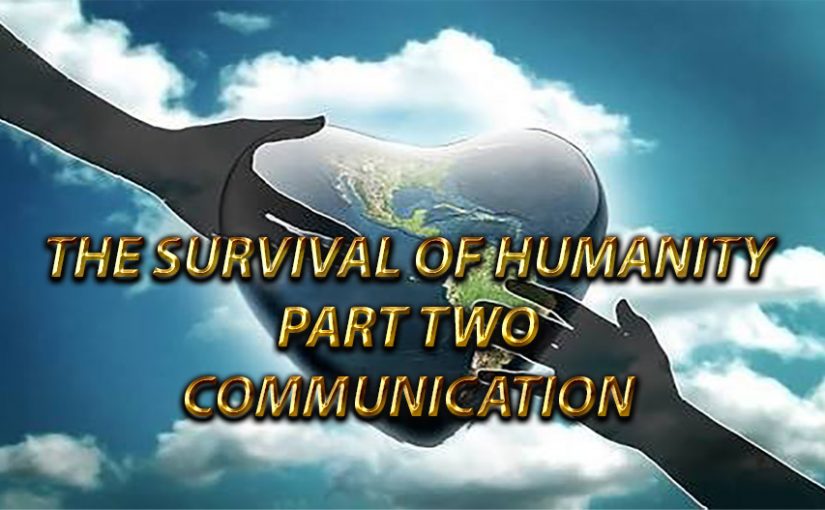 It’s ALL about COMMUNICATING!

Imagine a website/platform that will be the “Facebook” of “Organizational/Communication Platforms”. No Facebook type of MSM news-feed, no games to play, no posting of your Cat being chased by a Mouse. Perhaps there would still be “Tabs” for real news, “Tabs” for the selling/buying of product, Educational “Tabs”. etcetera. I only use Facebook as an analogy because this website/platform will have the complexity AND the “Ease of Use”, with all the needed “Bells & Whistles” making it the ultimate tool to “Create Synergy through Collaboration”.

Secure and encrypted, with ALL “Earth Citizen” participants “Vetted” to greatly reduce, if not eliminate “Enemy” intrusions i.e., Spying”. All “Vetting” would be done at the local “Community” level, and 100% of all who participate in this “Organizational/Communication Platform”, will be a “Recommended Earth Citizen Candidate”, further ensuring the integrity of the organization.

In addition to the one hundred (100) primary “Location Member Main Groups”, perhaps there would be a “Tab” titled “Justice”, which could be the tab for Sacha Stone’s “International Tribunal for Natural Justice”, with participation of all 100 of the “Elected Earth Citizens” representing all “Earth Citizens” in each one of the hundred (100) of the “Location Member Main Groups”. Each having their own “Justice Tab” all the way down to the local community level.

Within all “Groups and Sub-Groups”, the individual “Citizen”, and by using the additional “Search” box, he or she could type in the name of a particular “Earth Citizen” that he or she would desire to have a “Video Cat” or “Call” with.

An “Earth Citizen” would be able to “Click on any “Location” Main Group “Tab” to listen in or actively participate in discussions, wither it be at the “Discovery Level”, the “Planning Level”, or the “Plan Execution Level”.

As an example, let’s say an “Earth Citizen” wants to get-up-to-speed on a particular subject, like what’s happening currently with the planned raid on a massive pedophile underground storage facility under the Denver airport, so, in this case, he’s just listening/watching that particular Sub-Group assigned to the “Planning” stage for that pending raid.

Another “Earth Citizen” may be joining the same “Sub-Group” as an active participant because he or she might have vital information to share, which will aid in the “Planning Level” for that issue.

Another “Earth Citizen” might be joining the “Sub-Group” as an “Earth Citizen Enforcement Volunteer” because he or she lives two miles from the airport, worked there, and somehow knows the locations of every access point to the subterranean structure where as many as 3,000 children are held captive.

Extrapolate from there, the various issues around the world, being “Discovered” (another word for requiring “action” on the part of the world’s “Earth Citizens”. Beginning at the local community level, and in most instances remaining at that level, to be resolved.

This is just the beginning of these thoughts tonight on how to truly achieve SYNERGISM THROUGH COLLABORATION. Stay tuned for more as I continue to flesh this idea out more.

P. S. S. Those Brothers and Sisters that out there that really know me, know that one of my favorite saying is, “Like a Single Fly, Farting in the Wind”, referring to the fact that unless we truly “ORGANIZE”, everything we do is like that single fly, farting in the wind, nobody hears you. Or. put another way, “As useless as Wings on a Penis”. Well, here’s a great chance to hear that gigantic Fly-Fart”, and watch that “Penis” fly off into the Sunset.